Epic Fail - has something happened lately that you would rather forget, if so now is the time to create a layout about it! We all learn something from going through tough times, what did you learn?

Hilde
If it's on film or tape, I have scrapped it - good or bad - happy days, epic stunt fails etc etc. This time I want to say something about an object I consider an epic failure: the pocket bike (aka mini moto).  DS11 has one, and he loves it, but it is the most stupid gadged invented ever, in my opinion: it's limited where you can ride, it's really small, and it brakes down or runs out of gas all the time. 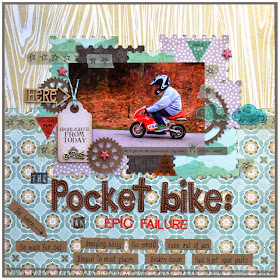 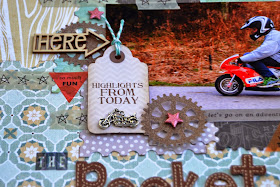 Jinny
I guess that I'm not big into photographing failures, because this was an uber difficult challenge for me to find a single picture that would fit the theme.  However, I did discover the below photograph of my oldest's 9th birthday cake.  The air conditioning went out in our car on the trip to Grandpa and Grandma's to celebrate, and unfortunately, the cake couldn't contend with the 100 degree temperatures that day.  I did attempt to rescue it and tucked the after picture into the pocket behind the one below.  It wasn't perfect, but it sure tasted delicious ;)! 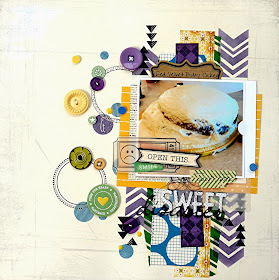 Kat
At first glance my "epic fail" doesn't really look that epic. I chose to scrap before and after photos of when I got my hair done.  I paid almost $100 to get my hair cut and colored...and my before and after photos were almost identical.  The real epic fail is not the hair cut or the wasted money, but is actually my inability to take big chances.  I'm working on it, though.  I may not be getting pink hair anytime soon...but maybe I'll look into becoming a redhead!  :-) 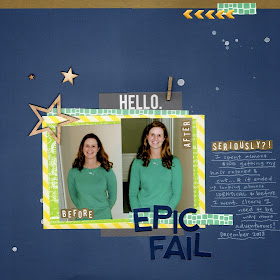 Petra
I have an epic fail for you all. I have had a drivers license for many many years and I am pretty good at parking... or well I am OK anyway, and I have never hit anything while parking really. This day I was going to collect my son and was a bit stressed, not only for collecting him and getting to my next appointment on time, but also because I had this major delivery at work which had taken a lot of my time and energy lately. So I wasn't really in balance. When making this easy parking I suddenly noticed I was stuck - WHAT... what happened.... I had hit a car parked on the street. Really embarrassing and an epic fail for me. So what can you do but make a page about it.... 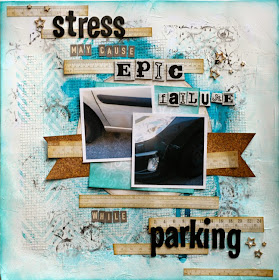 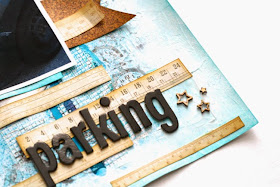 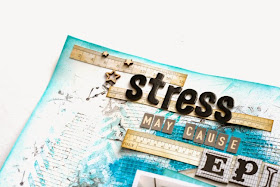 Stephanie
If you read my blog, then you probably know that my husband and I recently purchased our first home. What you don't know is that before there was the *dream* house there was an epic house hunting fail. We found a condo right by the beach that we thought was perfect for us and we put in an offer. Unfortunately, the thorough home inspection we did revealed problem after problem after problem. We ended up withdrawing our offer … I was so disappointed, but it turned out to be a blessing in disguise since we wound up finding and buying our perfect townhouse about a month later. 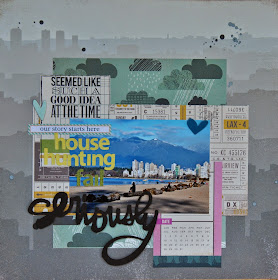 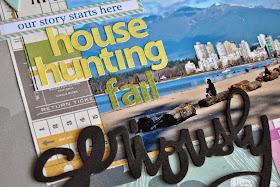 You have until 11th May to upload your layouts from this month in the sidebar.
Happy scrapping!
Kat at 08:00
Share