4th Jan - Review of the Year

Good morning, everyone!  We hope that you and your family had a safe and happy New Year's Eve/New Year's Day.

Today's challenge is all about reflections.  We want you to create a project that focuses on 2014. Instead of looking forward we want you to look back at the year that has gone: what was the best thing that happened, what did you learn in the year or maybe you would like to review it month by month. It's up to you!
Here are the projects that our designers created:

HeeSun Kim:I bought the camera in May 2012. I thought it would use the bundle lens until the operation is to get used to the hand. April 2014. I purchased two types of lens.After purchasing a lens. My work has been upgraded. 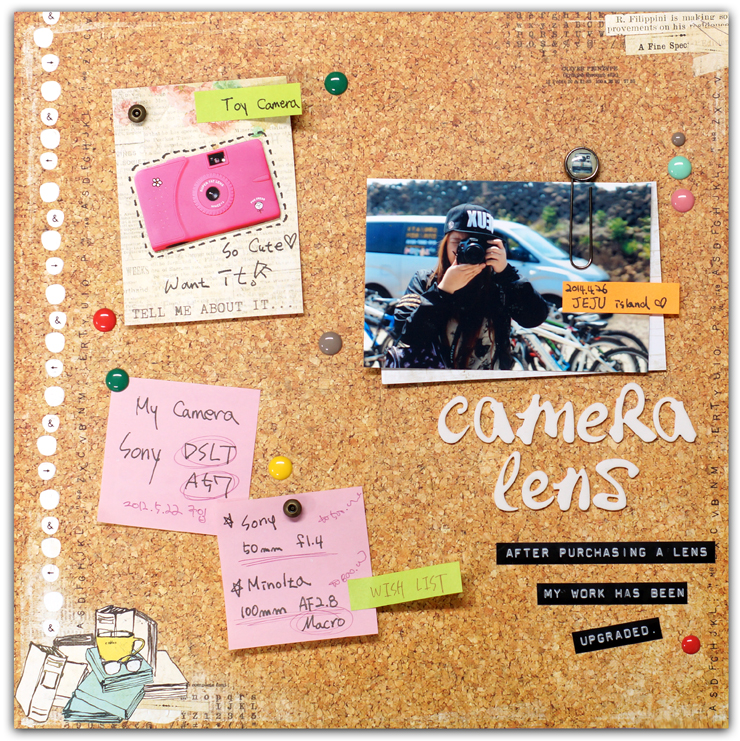 Hilde:2014 has been a very challenging year for my family: there has been injuries, sickness, death, financial insecurity blah blah blah, but it ended very good. When we were in the middle of it, it was rough, but now we have peace and are looking forward for a fabolous 2015! 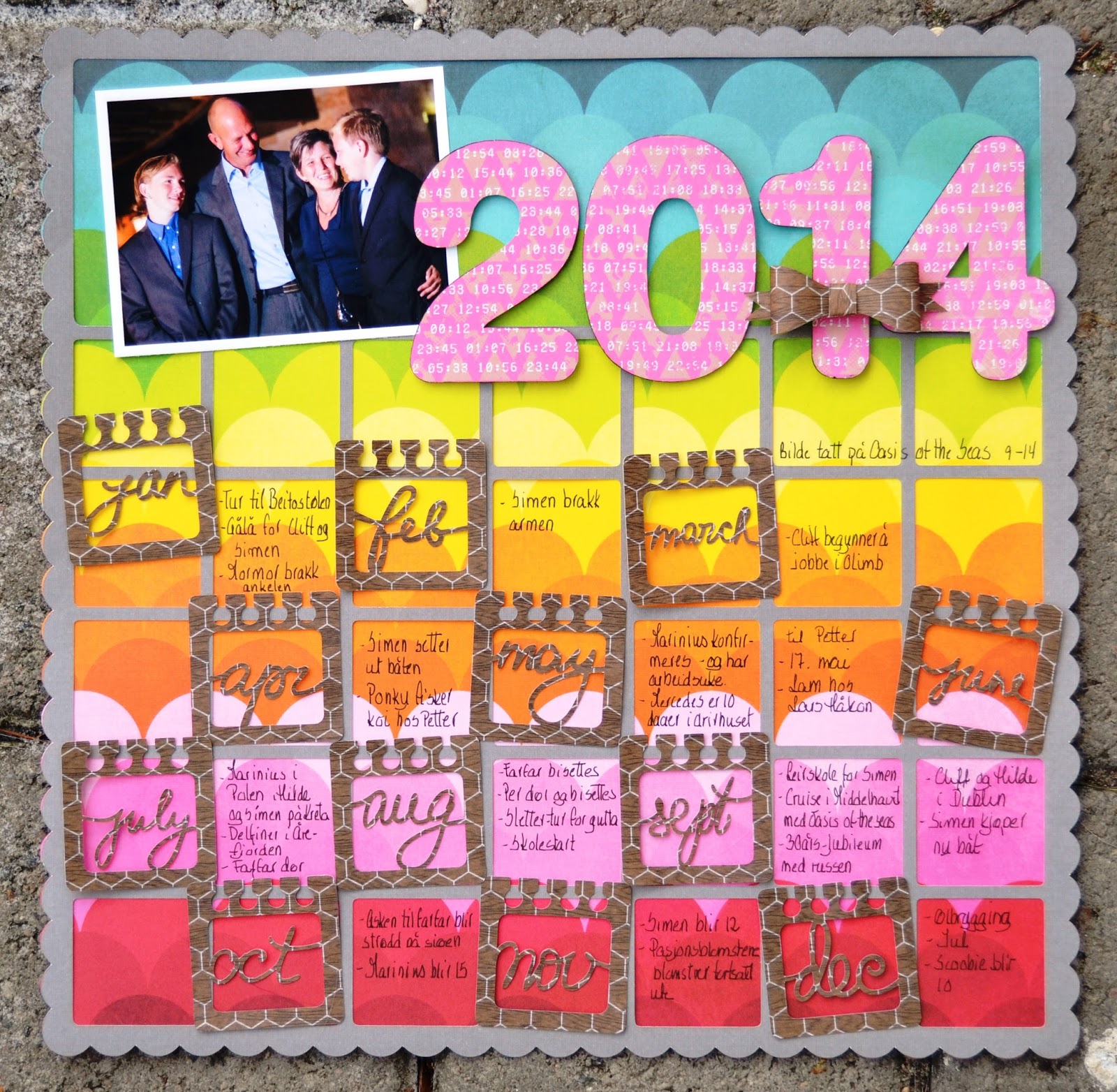 My hubby gave me a cutting machine, a Cameo, for Christmas - it has been on my wish list for two years ++, and I ccouldn't resist playing with it for this challenge. 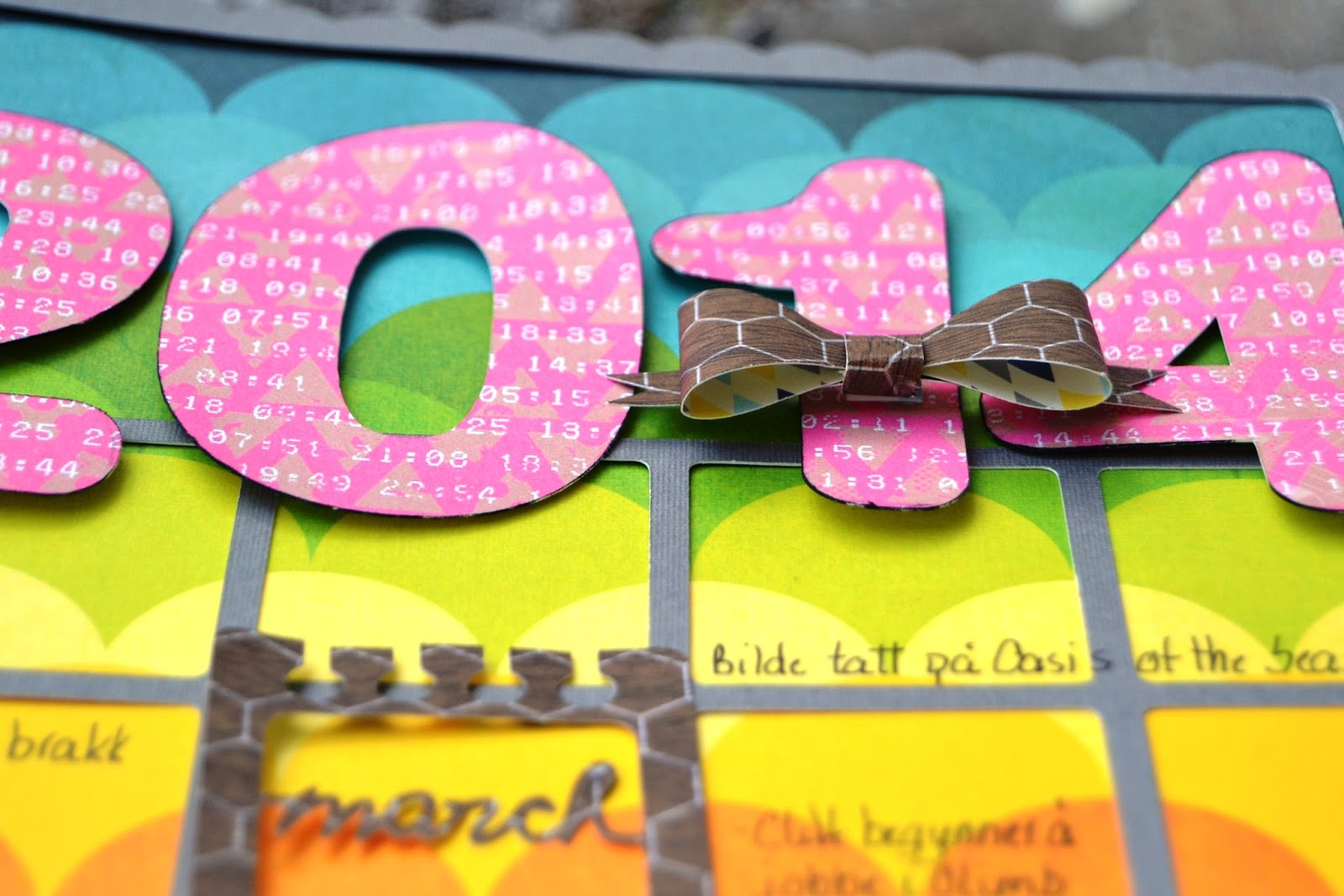 Jinny:I love the freedom Anna has given us with this challenge, especially because, while many wonderful things have happened in my life in 2014, there have been a number of challenges that have really gotten me down going into 2015.  Ultimately, the best part of 2014, hands-down, was the birth of my third cutie pie.  He entered the world a month early and had a number of struggles right off the bat, but he pushed through, is now thriving, and has already been such a blessing to us all in so many ways.  My hubby gave me a six-month, Noel Mignon subscription for Christmas, so most of what you see below came directly from my first box.  Yay!  Happy 2015, friends! 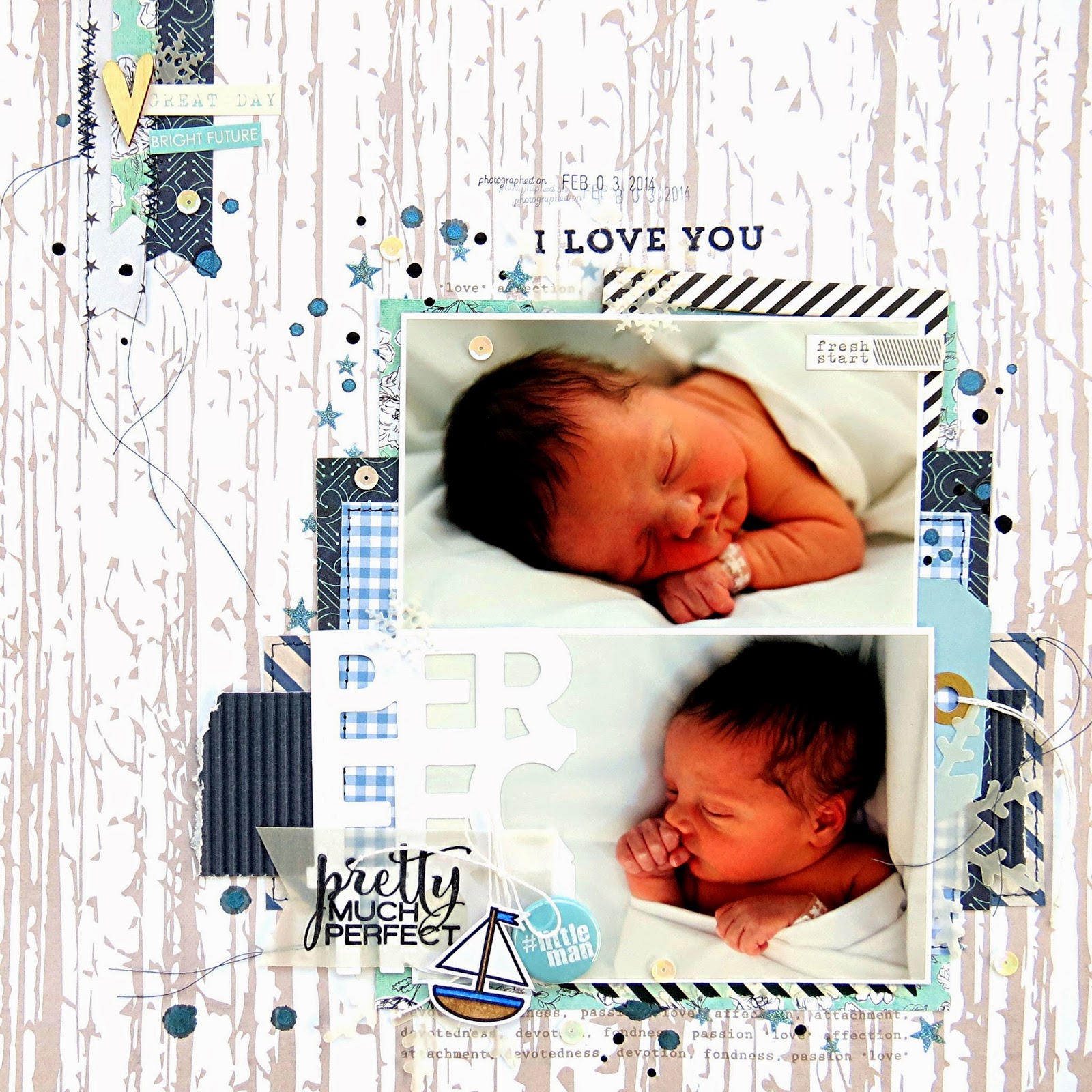 Kat:I went Project Life style with this challenge.  I used some fun cut-apart paper from Bella Blvd and created a wrap-up spread for my 2014 Project Life album - love the end result.  It's simple, but it does a great job summing up the year & I may have to make this a new PL tradition!  This spread probably looks a little weird because the months aren't quite in order, but the left side is actually the front of a pocket page and the right side is the back... 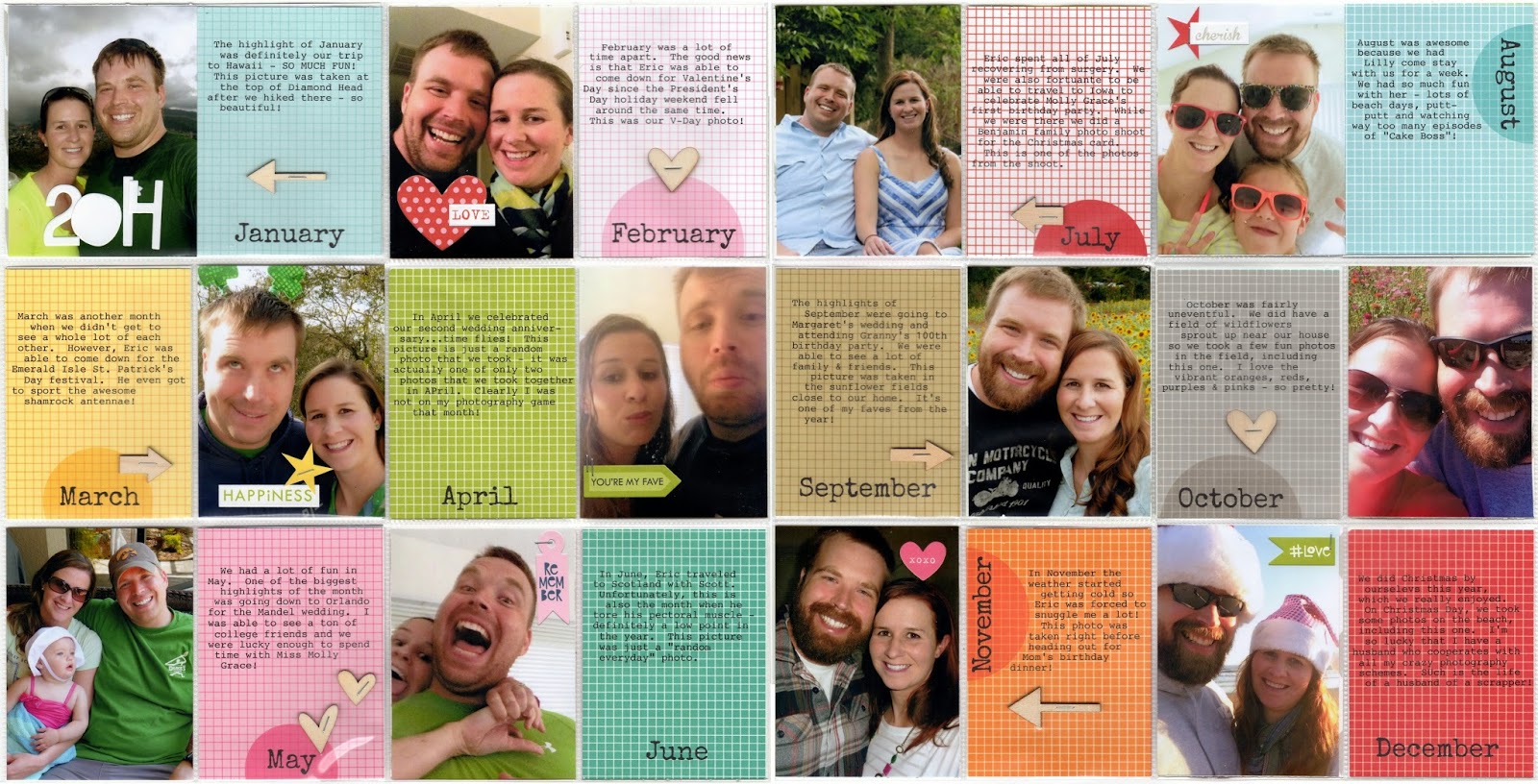 Sindi:I looked back over the year and one photo kept jumping out at me. We had a very snowy winter here last year. On this day in particular, my son had the time of his life. This photo of him and his furry buddy is my favorite of the year. His happiness is my happiness. :) 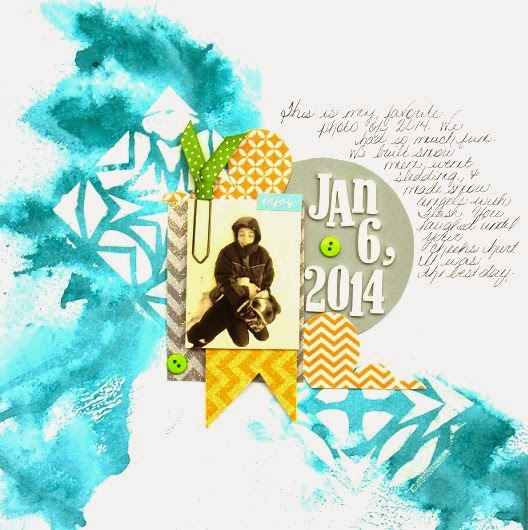 Tessa:I didn't take a very serious approach to this prompt! I was just getting my hair done a week or so ago and my stylist and I realized that throughout 2014, I had tried basically the whole spectrum of hair colors - from almost black to blond to red to brunette. I thought my colorful pixies would be fun to document for this challenge. 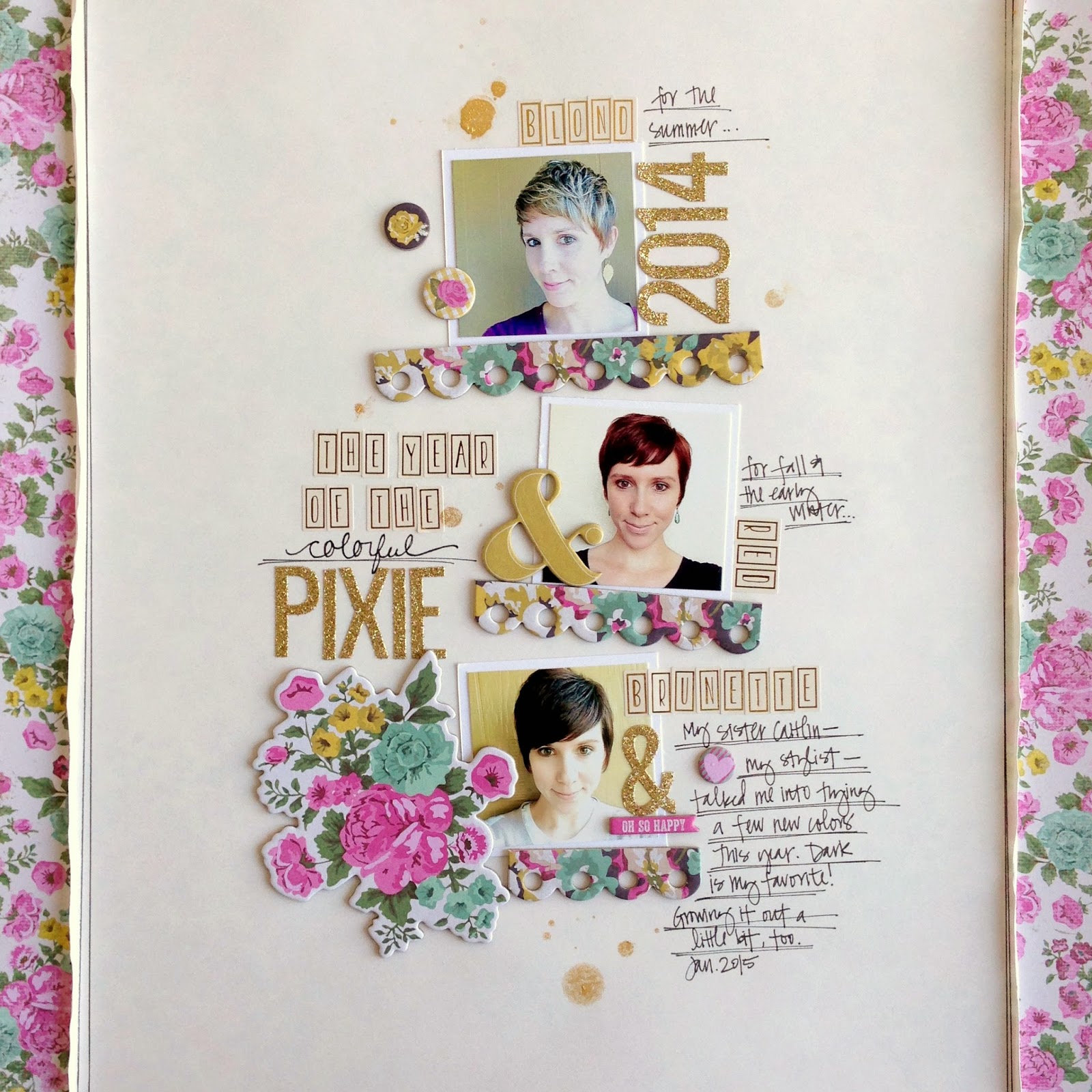 We hope you can play along with us!  Please link your projects up in the side bar.
Posted by Anna at 08:00 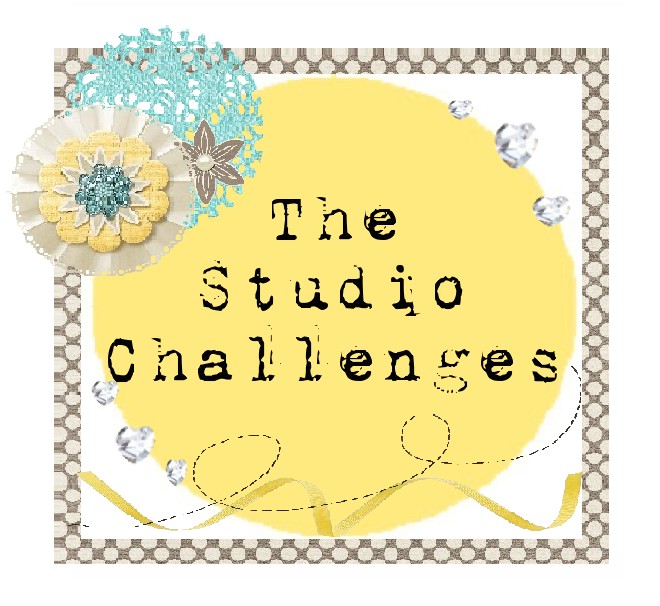 Welcome to The Studio Challenge blog! We run fun scrapbooking challenges and sketches every other Sunday of every month to inspire you. We are based in the UK. We are just for fun so there are no strict rules! We would love you to join in with us as we love seeing your creations and you could become our guest designer and could win an occasional prize. Just link your layouts up in the side bar to enter. Happy scrapping!

We trust that participants submit entries honestly. Please note that entries should be your own original work. We reserve the right to disqualify entries at our own discretion, for whatever reason.